Beyonce just one-upped all shoe addicts by spending a massive 312 000 dollars on a pair of high heels. They have 1310 diamonds to make them a lady’s best friend.

Beyonce has bought a pair of diamond-encrusted stilettos made by House of Borgezie. This is an English design company based in Birmingham. “It’s the ultimate; Beyoncé’s one of those fantasy customers. If you want someone to model your creations, you can’t get any better than Beyoncé,” House of Borgezie owner Chris Shellis says to Page Six.

The heels are called Princess Constellation. Beyonce will use them for a future music video in which she will be rocking those sparkling high heels. Shellis says he was contacted by Beyonce’s staff a few months ago. It appears the famous singer read about the high heels in an article and loved them.

The shoes are not exactly fit for streets, so it is not likely Beyonce will be spotted wearing her glittering heels out and about. Well, maybe for a very special event, but it’s more likely we will see them only in her next music video and on Instagram.

Experts are saying that, even if the shoes are more art than footwear, having Beyonce wearing them for a video would not taka away from their value. “The diamonds may not lose their value after the performance. If you bought a Picasso and used it in a video or stage performance, you may have a resalable asset that I would not deduct just because it was used in a performance”, explains Anita Katzen, a partner at accounting firm Schulman Lobel.

That is not all Beyonce bought from the company. The has ordered a gold Basque Belt. It is priced at a “modest” $85 000. It will also star in the music video.

Beyonce herself hasn’t commented yet. We expect she will let the heels do the talking when she appears with them in the video. When will that happen? So far it’s not known. 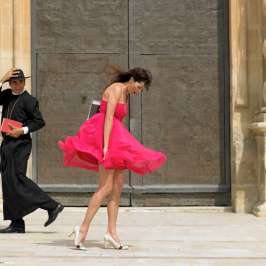 The combination of high heels and a skirt is probably the most feminine and beloved...

This fall and winter fashion trends are shaping up to be quite heavy on leather...

The entire Kardashian clan, including the Jenner sisters, love high heels. So they are great... 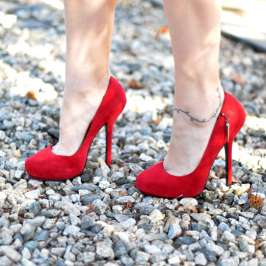 Well, finally a new name to break the streak of the “established” high heel celebrity...

Usually celebrities have a day or so between events, but this time Scarlett Johansson was...