Lately Selena Gomez has often been praised for her fashion taste. But this is something she has had for quite a while and we will show you her best heels.

Selena has been slowly but surely improving her style and getting more and more confident. Over the years she has tried a wide variety of styles and has found her best looks which she often rocks to this day.

We have chosen a few of her best looks from the past few years which will show you Selena’s progression int the fashion world. She becomes the second entry in our new Blast from the past feature. The first one was Jennifer Love Hewitt from last week.

We begin with an incredible picture of Selena from 2012. She rocks a long straight hair, which she rarely chooses today. She also has on a pair of pink high heels with a medium hidden platform.

Next, back in May 2012, Selena Gomez attended The Marilyn Monroe Exhibition opening party. She wowed in a pair of leather hotpatnts and high heel pumps.

Now, for something from way back in 2009. A picture of Selena from the Larsen & Talbert Photoshoot for Parade. Here she rocks a pair of sensible strapped high heels with thick and comfortable heels.

Next another photo from 2009. This is from the Girls Life Magazine Photoshoot 2009.

Over the years Selena has shown she can rock the casual style with ease. Here she is in 2013 rocking a pair of platform heels, black jeans, fitted top and a sweater with a scarf. Lovely.

One more from 2013. Here she is attending a show in a pair of leather pants, suede coat and loose blue top. This time Selena has her hair in a pony tail. Completing her outfit is a pair of pointy toed shoes with sparkling jewel high heels.

Another one from the Girls Life Magazine Photoshoot 2009. This time rocking a pair of high heeled oxford shoes.

While Selena rarely wears high boots,  when she does, you notice and remember it. Here is one example from 2013.

And another one from early 2015. It shows really well that Selena should wear high boots more often.

Generally leather suits Selena very well. Here is another picture from 2015 of Selena in a pair of skin tight beige leather pants and high heels.

So, here you go. Selena Gomez and why she has become a measuring stick in the fashion world. 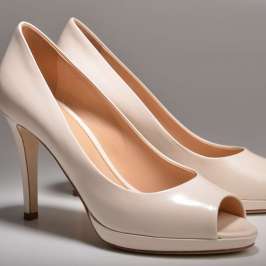 Stylish out and about and stylish in the evening. Two of the fashion staples and... 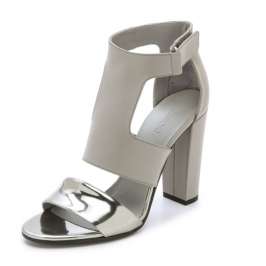 Block high heels tried to be all the rage last year, but never really caught... 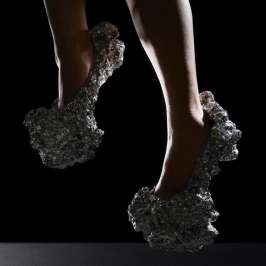 Studio SWINE has used 3D imaging and some science to create the new Meteorite Shoes....

Jessica Simpson revealed to Jimmy Fallon that she loves high heels so much that she... 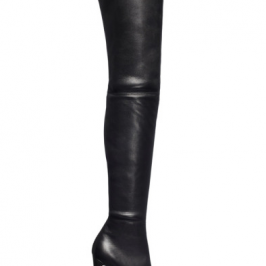 Taylor Swift s back in action with another tour. She was one of the main... 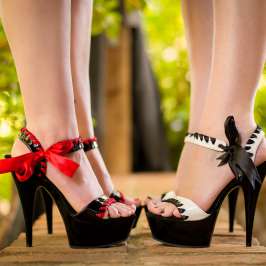 It’s that time of the year, when high heels take another beating from the press...