Jennifer Lawrence is one of the most beloved actresses in Hollywood. She is also one of the most consistent when it comes to both her performances and fashion style. We make a trip back a few years for the latter.

We go back to 2012 to check out three great and elegant styles of Jennifer. Lawrence had quite the year in 2012 thanks to The Hunger Games.

Promoting the flick took most of the first part of the year. So, it was a great time to challenge Jennifer’s fashion style and keep it on top of the game for long periods of time.

Jennifer managed this with ease. She opted for several great styles and outfits. Two of them caught our eyes the most.

The first one was for the official The Hunger Games press conference early in 2012. Pretty much 6 years ago. Yet, it feels like it was yesterday.

Jennifer looked great in a fitted, long black dress. It featured leather sleeves and a leather-y fabric for the main part of the dress. It was also an outfit with quite the tight fit.

Jennifer teamed the elegant dress with a pair of platform high heels. They featured thin heels and interesting straps around the feet on several points. Lawrence impressed with her overall style, too, keeping her hair loose and in slight curls and adding only a dash of eyeliner for her makeup.

Later that same month of March 2012, Jennifer was at a signing event at Barnes & Noble in New York. There Jennifer wowed with an elegant green dress and heels.

The outfit was quite simple, yet memorable. Jennifer’s dress was of green suede and featured a brave V-neck, tight fight around the waist and then flared out reaching to above her knees.

Lawrence added even more “fire” to the look with her footwear. She opted for a pair of very high X-strapped heels. They featured a medium platform at the toes and thin, sky high heels at the back which Jennifer handled with ease. She kept a similar hairstyle, but added heavier eyeliner, lip gloss and some foundation.

Jumping back even more to January, Jennifer was at the 2012 People’s Choice Awards in Los Angeles. There she impressed in an elegant outfit featuring a blue dress.

It was quite the dress, combining both a long mesh with a blue fabric with swirls cutout in it. The dress had an A-line style, highlighting Jennifer’s thin waist.

She once again opted for a pair of, you guessed it, platform high heels. This time they were elegant with no ankle straps, but only thin ones at the toes. The actual heels were quite thin, but despite that Jennifer handled them with ease.

Lawrence kept her hair pulled back in a bun for this event. She opted for her preferred makeup style with eyeliner, some foundation and little else. It was still quite the impressive result. And there we have it. Jennifer’s stunning and elegant style from 2012. 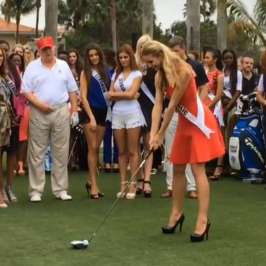 Miss Universe contestants always have to do different stuff as part of their participation. This... 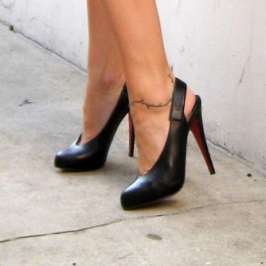 Are you walking in high heels a lot? Then you need to get for feet...

Versace had the honor of kicking off the 2016 Paris Fashion Week and did it... 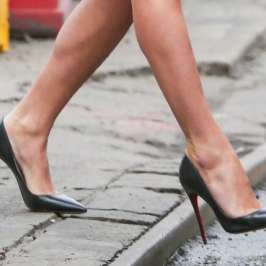 Olivia Culpo definitely knows how to dress. She’s proven that time and time again. And...

Demi Lovato loves to experiment with different styles and outfits. Sometimes they are stunning, other... 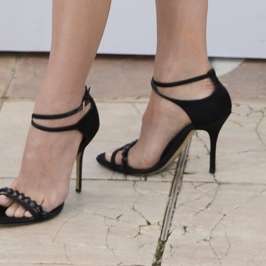