A research from Brigham Young University says that the effort required to maintain balance on high heels has a moderating effect on spending too.

Another study published in the USJournal of Consumer Research found that people carrying crisp and mint-freshnotes spend less. Dirty and mutilated notes make a person want to get rid ofthem. Carry new notes and you are likely to spend less.

The study, ‘The Effect of Red Background Colour on Willingness to Pay’ in theJournal of Consumer Research found that stores that feature lots of red color are also to be avoided. Products shown against red background tend to make shoppers like them more and spend more, the researchers claim.

Another idea is to keep photos of bigger goals for you and your family in the wallet next to your money and credit card. This way when you reach for it, you will be reminded that there are better and more useful things that will need your money.

Specialists have other tips too.

During big sales for example, head for the crowded stores. People spend less in such stores because they simply want to get what they came for and get out instead of spending more time in the busy store.

Soft-piped music is a ploy retailers use to make people spend more time in thestore and buy more. On the other hand, music with fast beats and tempo makesthem sift through the store faster. However, according to Psychology Today,overstimulation can also result in lower self-control and, hence, more impulsivepurchases.

Don’t accept free samples, drinks and snacks from the store staff either. This creates an inner sense of obligation that you should buy something from them.

Another way store usually “get” you is by offering higher discounts the more you buy. You will just end up with stuff you never needed in the first place but bought because someone told you it’s a good deal. It is actually a bad deal for you because you spent money on something that didn’t really need and that’s a bad investment in the business world.

Be weary of discounts. They sound like you geat great deals but that is not always the case. For example a double discount that claims the high heels on offer will be 40%+20% off. If the heels cost 1000 dollars, taking 40% would make them 600 dollars and taking another 20% will make them 480 dollars, not 400 dollars. If you buy several lower priced items you will not spot this difference unless you do careful calculations before going to the cashier.

Also don’t buy just because you fear you might miss out on a great deal. For example a pair of shoes that is very desirable by others, but you don’t really like them. But you do see a very huge discount on a pair and buy them because others like them.

Always read or ask for the fine print. Big discounts usually mean you lose the right to return the prodcut. Some online seller go even further by making ground by more expensive shipping. Take all factors into consideration before spending money.

Making compromises with the quality is the biggest mistakes of them all though. “So, these heels don’t fit all that well, but they are 40% off, so why not?” Because you will ruin your feet the first time you wear them and then you will neer wear them again. But you have already spent your money on them. It’s not a loss to pass on a huge discount if the product is not perfect for your needs. It is a gain.

The BRIT Awards 2015 are over and the winners are already thinking how to display...

Supermodel Rosie Huntington-Whiteley is out latest winner of the high heel celebrity of the week...

Wearing high heels can be very pleasant, but also very painful. The line is thin,... 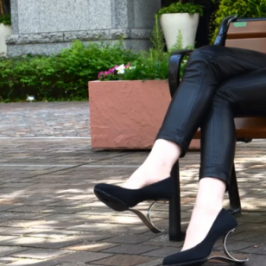 High heels are challenging shoes to walk with for many women. A Japanese designer has... 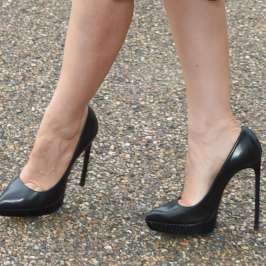 High heels will always provoke quite the response and debate. We all have an opinion...

The 2016 Fall Winter Paris Fashion Week is showing us what the top trends will...