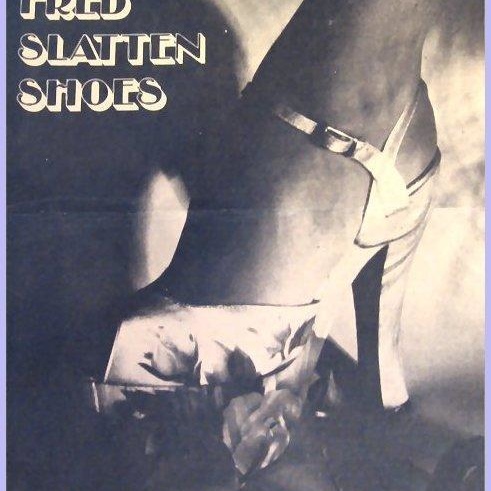 Fred Slatten has passed away at the age of 92. He was famous for his crazy shoe designs and was labeled as the king of crazy high heels, platforms and boots.

Slatten was 92 when he died July 1 at a nursing home in West Hollywood. The cause was respiratory failure, said his friend, Wedil David, the LA Times reports.

Slatten made his name during the early 1970s. He had a shoe boutique in West Hollywood in which he was selling his fantasy footwear. Nothing was off limits for him. He made boots with feathers, shoes with rhinestone, hand-painted images of celebrities’ faces and many more, the LA Times reminds us. One of Slatten’s craziest creations was a pair of platform high heels with live goldfish swimming in the see-through platforms.

Over the years a lot of famous people have been customers of Slatten. Amongst them Sonny Bono, Elton John, Liza Minelli, Barbra Streisand, Diana Ross, Cher. “There was every shape, every color,” Sally Struthers, who wore Slatten’s platforms on and off the set of TV’s “All in the Family,” recalled in The Times several years ago. “Leather, satin, marabou, glitter — you got one pair and you couldn’t stop.”

Footwear executive Joe Ouaknine says that the whole trend of sexy as possible high heels was started by Slatten. It was him who made that idea popular so that today Louboutin and other designers can make their great sexy high heels, Ouaknine says.

A typical Slatten platform was seven inches high with satin or leather uppers. They were embellished by a team of artists using a variety of methods, including decoupage, gold leaf, airbrushing, rhinestoning, even sandblasting. Many were hand-painted with images such as mermaids and wintry wonderlands.

Slatten named his boots after cities. Like New York for a sophisticated pair, Boston for a more practical set, and Hollywood for his bestselling silver stompers speckled with 3,000 rhinestones. The most conservative pair in his shop was christened Pasadena.

Even at a very old age his passion for shoes wasn’t fading. He kept lists with ideas and tips for celebrities. He was often writing to celebs and tell them what kind of shoes they would be perfect in. For example he recommended Taylor Swift that she would look good in platforms that are not too big an open-toed. And he is right.

Thank you for everything, Fred. Your memory will live on in the hearts and minds of everyone who love shoes as much as you did.

Pamela Anderson will be remembered as one of the most daring celebrities of all time....

Lady Gaga got the honors of singing the US National Anthem for the Super Bowl... 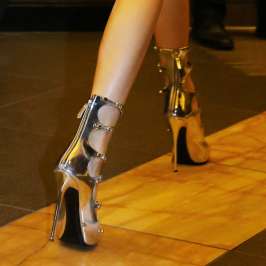 Despite the Flatgate scandal about wearing high heels at the red carpet, the 68th Cannes...

Embed from Getty Images Victoria Justice joins the small club of celebs who win the...

Emily Ratajkowski is back in the spotlight. She was at the Christian Dior show during...