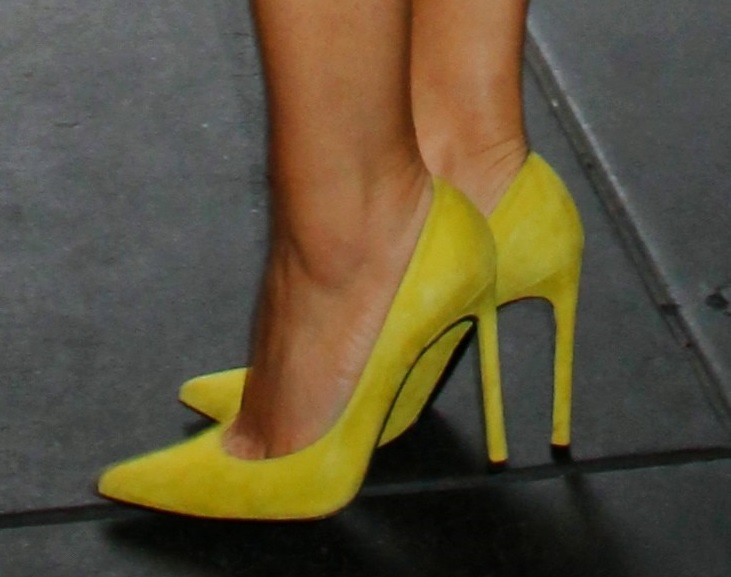 Nobody will be surprised if we say that men will give a woman extra attention if she wears high heels. We’ve even looked at why men like high heels. But a recent French research shows how men’s behavior changes when they are around a woman in high heels.

The study was done by Nicolas Gueguen from Department of Social Behavior at the University of Bretagne in France. It was published in the Archives of Sexual Behavior. He wanted to see how the height of a woman’s high heels can influence a man’s behavior towards her.

And it turns out it does change. No surprise there. But it may be surprising by how much.

The first experiment featured having a woman go up to men on the street and asking them to fill out a survey. She approached 30 men wearing flat shoes. Only 46.7 percent of them agreed to fill in the survey.

Then the woman put on a pair of medium high heels. The result? A whole 63.3 percent of the new batch of 30 men stopped and filled the survey.

The woman then put on a pair of proper high heels. A whopping 83.3 percent of the men stopped and agreed to fill the survery.

Then Nicolas had a second experiment. He had four women approach both men and women. The results confirmed the same reaction from the men – they showed more attention to the ladies in high heels. For the women meanwhile, there were no changes in their behavior no matter if they were approached by a lady in flats, medium heels or proper high heels.

“It could be argued that the men in our study accepted the survey request more favorably when the women interviewer wore shoes with high heels because they probably wanted to interact with the interviewer. Women’s heels probably increased their attractiveness for males which, in turn, increased the probability that men comply with their request”, says Nicolas.

He also did a third experiment. He had a woman sit in a bar and drink alone. The goal was to see how long would it take before a man approaches her. It turned out that when the woman wore high heels men were twice as fast to chat her up.

Nicolas says he’s not entirely certain for the reasons behind this. He though voices support for a general theory that high heels make women more feminine and girly. Heels change the entire posture of a woman and accent on her curves and make her walk more gracefully and elegantly.

And in the end… If you want to really increase the chances to get your way with a man – wear high heels.

Is there a secret to wearing high heels comfortably for a long period of time?...

High heels in the office have been a touchy topic for a while. Some offices...