While high heels are seen as footwear exclusively for women and men love ladies on heels, it turns out quite a lot of guys would wear high heels to work.

This is what a new survey carried by Barefoot Wine shows. The company is headquartered in California, but carried the survey in Bristol, United Kingdom. The company teamed up with drag artist, La Voix – a Britain’s Got Talent finalist – as part of ‘national wear what you want day’, which took place yesterday, as a way to support the day and encourage people to wear what they want, The Bristol Post reports.

The survey showed that 90% of the 1000 people in Bristol who took part think that society makes us wear clothes we are not comfortable in. A total of 72% of people want the option to wear whatever they want even if for a day.

Barefoot Wine is encouraging people to be brave and to “express their inner selves thorugh their clothes”. The company even says that wearing whatever makes you feel good, actually can increase work productivity.

Jo Hemmings, a behavioural psychologist, says: “Over the years I have seen many ways in which people promote happiness and well-being. I think it’s fantastic that “national wear what you want day”has been launched to support Brits in embracing who they truly are through what they wear, as the research showed that freedom of expression through clothes is key to unlocking happiness”.

The suvery also shows that 59% of all Britons, which means more than 38 million people, would want to see a culture change so people can feel freer to have more fun and options with their clothes. Over half of Brits say they would be more productive if they could wear whatever they want.

It would be quite interesting to see men actually being able to wear high heels without being shamed or lableled. It would for sure make the watercooler talk that much more interesting with the guys taking part in the discussions who has the best high heels and sharing shopping tips on great deals for heels.

Finally! Here they are! The best celebrities in high heels for November 2016. Get ready,...

No, there’s no mistake. We haven’t mixed up two features of ours just because. This... 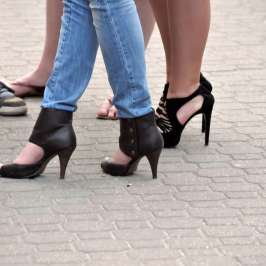 A group of rocket scientists are thinking high heels are very old technology and can... 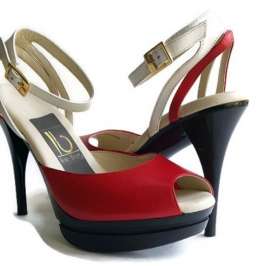 High heels are great. Sadly for a lot of women around the world, they are...