As you may know high heels were actually first worn by men. The Bata Shoe Museum has a new exhibition that shows the history of high heels for men.

It is quite interesting to see how high heels were looking when men wore them. The good thing is that they are now worn by women as the shoes are much more feminine and beautiful now than they were before.

“Never before have a few inches mattered so much” is the tagline for the new exhibition. Back in the 17th and 18th Centuries high heels were seeing as an expression of power. If you were a man and wore high heels, it meant you are a somebody. You had a high paying job and position in the community.

Elizabeth Semmelhack, curator of the Bata Shoe Museum in Toronto, says she is not surprised high heels were worn by men. But she wonders why today this is seen as a no-no.

The history of high heels is a bit unclear. Some are saying the shoes date back to the Persians and were used for horse riding. Then Europeains adopted the high heels for status expression of men.

But what lead to men stopping wearing high heels is even more unclear. One theory is that when the Industrial revolution and First World War happened, high heels were not the choice of footwear by men so they changed to more appropriate shoes which left only ladies wear them (which they had started to).

Another theory, which Semmelhack has, is that in the 1600s ladies started borrowing mens’ attire from their closets including the high heels. But the big manly chunky heels didn’t really suit the ladies, so naturally the shoes changed. Enter the feminine thin high heels that we all know and love today.

No one still knows exactly what sealed the deal and turned high heels into a ladies-only zone. Heels and dresses are the only two pieces of fashion that are exclusively for women. All other types of attire have versions for both sexes, including skirts (kilts anyone?).

Well, technically there are still some rare heeled boots for men being made. But they are used almost exclusively for stage performances or by kinky guys who wear them in private. So you can’t really count it as men still having high heels in their wardrobe but just opting not to wear them.

If you want to find out more about the history of high heels for men, you can check out the exhibition which is called “Standing Tall: The Curious History of Men in Heels,” and runs from May 8, 2015, until May 2016.

Dakota Fanning is among the celebrities who love to experiment with very different looks. Usually... 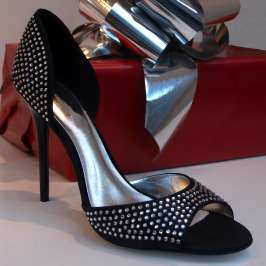 2016 will definitely go down as a year to remember. A lot of things happened,...

The 2nd Annual Diamond Ball was hosted by Rihanna and was an event where you...

Kim Kardashian is coming back in top style. She was at the Tom Ford New... 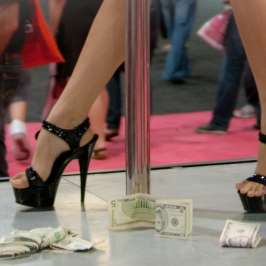