Popular fashion consultant and TV personality Stacy London is one of the big fans of high heels out there. She says the higher the heels, the better it is.

Stacy London became quite popular with her participation in the TV show “What Not to Wear”. Sadly the show ended, but not Stacy’s desire to be on TV.

Sho she is back with a new TLC series, called “Love, Lust, or Run”. Stacy loves high heels and can often be seen wearing them. She is also pretty vocal about her love for heels.

FN has selected a few of Stacy’s most famous footwear-related quotes from throughout the years. There are definately some pretty interesting ones.

Her most powerful quote is “The higher the heel, the closer to God”. This is her answer when she is asked how high is too high.

Hopefully Stacy dosen’t mean you should be wearing some of those 16-inch high heels that are holding the Guiness World Record for highest high heels.

Wearing lots of different high heels for years, Stacy has had more than her fair share of uncomfortable shoes. Still, she says sometimes it is worth it.

“If a shoe is completely beautiful and tall with a super-high heel, I’m willing to suffer. But I did have a pair that I had to get rid of, so I sold them at a charity event. They were Givenchy gold, open-toe, six-inch heels. They were uncomfortable because they were at least a size too big, and it was impossible to manage the heel height and the size. It was so hard, so hard, to let them go because they were such beautiful shoes.”

As you can imagine, Stacy’s high heels collection now is quite big. She says her oldest pair of high heels are Anne Klein corck wedges from 1974. Still, she dosen’t keep every pair she’s had.

“There are shoes I’ll hold onto because I love them, but I try not to be sentimental about things. I never hold onto things because it’s like, “Oh, I wore that to my prom.” That kind of attachment keeps you from moving forward and evolving stylewise”, she says.

Felicity Jones was among the guests of the photocall for Rogue One: A Star Wars...

After noting that Heidi Klum has won high heel celebrity of the week just once,...

The Descendants 2 premiere gathered quite a few celebrities and the cast. Among them was... 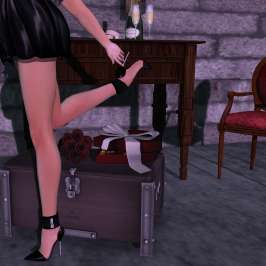 Ah, the first date. Always a very special and nerve racking event when everyone wants...

Special occasions require special attention to every detail, including footwear. So which shoes do you... 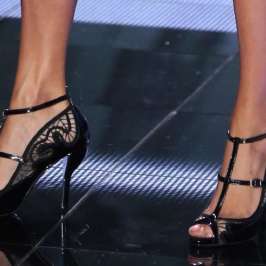 The 2014 Victoria’s Secret Fashion Show kept the tradition and showed us some great outfits....