The 22nd Annual Screen Actors Guild Awards were just held in Los Angeles and were attended by dozens of stunning celebrities in high heels and dresses. Who were the best looking and most stylish?

Well, let’s find out. There were quite a lot of fabulously looking celebrities at the 22nd Annual Screen Actors Guild Awards. The event was attended by some of the biggest names, so everyone were trying to look at their best.

The trend of floor-length gowns continued on this awards show as well. For the past few years, celebrities were mainly opting for shorter, more revealing dresses, but no more. Now most of them are picking glamorous evening dresses of the highest class.

There’s nothing wrong with that of curse, expect that it makes our job of spotting their footwear a little bit difficult. Still, gowns with a slit are still a thing, so it’s not all lost. Also, some dresses look so good, they deserve to be mentioned anyway. So, here are the most stylish celebrities in high heels at the 22nd Annual Screen Actors Guild Awards:

The Spring Summer 2018 Paris Fashion Week once again impressed with stunning outfits not only... 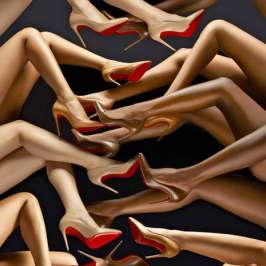 The media is on quite the roll lately, proclaiming the downfall and “death” of high... 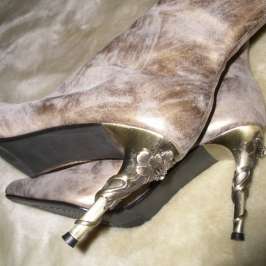 Suede high heels can be stretched and made more comfortable, but you have to be...

Kendall Jenner looked stunning in a long dress and elegant high heels. She was at...

High heels bring a lot of women to polarizing heights. They love the look and...