The 2015 London Fashion Week is underway. While there has already been great stuff shown on the runway, the streetstyle is also catching our eyes.

The streetstyle at the 2015 London Fashion Week is, as you can expect, quite interesting. Given that this is London, there is a lot of walking involved. So a sizeable amount of the attendees opt for low high heels or even flats. It also depends on the tupe of fashion show they will be attending.

Amber Le Bon and her friends on the other hand decided not to leave their high heels at home. Here they are all dressed up for the 2015 London Fashion Week runways they will attend.

This vlog also gives you a nice backstage view of the shows and some streetstyle glipmpses.

Of course there was also quite a few ladies in high heels.

Fashion bloggers also were abound and most of them looked great.

Boots and booties were a popular choice. Not surprising as it gets a bit chilly in London this time of the year.

And given that this is London, the Fashion Week never ends there. Lots of ladies there look great all the time. Even when taking the dog for a walk:

Stay tuned for more streetstyle from the 2015 London Fashion Week and of course coverage from the runway shows that will show the collections for Fall 2015 and Winter 2015.

Kimberley Garner is our new winner of the high heel celebrity of the week. She...

Karlie Kloss continues to impress with her style. Including when she is simply out and...

Priyanka Chopra has had a busy week. Just after she returned from the Cannes Film...

Sara Sampaio wowed on the streets of New York in her daring idea of a... 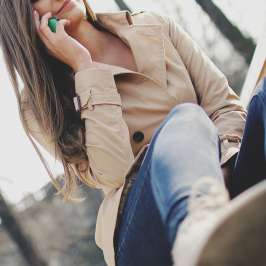 Our obsession with footwear clearly needs no introduction. Each pair shows the world a little...