During the 2015 Golden Globe Awards the celebrities put on their best. Lots of amazing outfits and high heels were presented and we chose our favorites which we want to share with you.

The 2015 Golden Globe Awards were attended by lots and lots of celebrities. Most of them rocked amazing high heels. It was pretty difficult to see them because the ladies had opted mainly for floor lenght dresses which hide the footwear. But patience pays off. Lets take a look.

We start with Jennifer Lopez. She wowed the red carped with a gorgeous long gown with a pair of great glitter ankle straped high heels.

Next up we have Dakota Johnson. She had chosen a glittery silver dress paired with silver strappy high heels. The model is isimalr to the one Jennifer Lopez had but it was complete silver with no glitter.

Bella Thorne also had chosen the glitter silver theme. She though went with a much shorter dress and very different high heels. They also had ankle straps, but had a snake pattern combined with black leather straps and accents.

Katie Cassidy on the other hand prefered a more classic but sexy look. She had chosen a long black evening dress with a long slit showing off her right leg and her high heels. The heels in question were the all time classic black pointy toe pumps. They were quite high though at about 6-inches.

Emmanuelle Chriqui also decided to stick with the trend and had chosen a long glittering dress. She though had opted for hude colored ankle strapped high heels which also seemed to be a top celebrity pick for the night. The difference here is that Emmanuelle had chosen about 4-inch heels and had stayed away from the killer heel heights.

Anna Faris is another celebrity that wore a nude colored dress and… you guessed it, ankle strapped high heels. Anna’s high heels though had black heels and were about five inches high maybe less.

Emma Stone on the other hand had decided to break from the mold completely. Her outfit consisted of a pair of black slim trousers, a silver sparkly top, a nice detail belt-skirt and a pair of gorgeous high heels. They were black Christian Louboutin’s with the usual height and great look.

The 2015 Golden Globe Awards were attended by a long list of celebrities. Amongst them were Alessandra Ambrosio. Her outfit was quite provocative and eye-catching. So were her sky high killer heels which you could barely see through the dress.

Heidi Klum is no stranger to red carpets. She is also quite the expert in looking stunning. Her long red dress did not really show her high heels all that much. Except for the times Heidi decided to show them off herself.

And for the end, one of our top picks. Cindy Crawford showed how it is done. Her long blue dress was completed thanks to a pair of silver strappy heels with blue accents on them. They were also quite high and far from the other top picks of the rest of the celebrities at the 2015 Golden Globe Awards.

Which are your favorite celebrities in high heels from the 2015 Golden Globe Awards? Let us know. 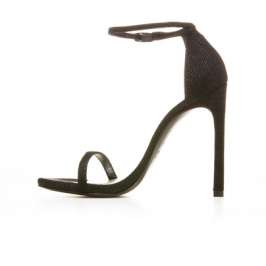 People will always make their first impressions depending on your clothes. That’s a fact whether... 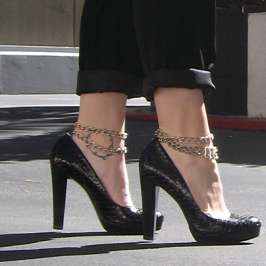 Some say that high heels cause bunions. Specialists say that might not be the case. While... 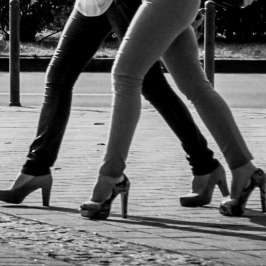 Sometimes it can be pretty hard to maintain your balance in high heels. Especially really...

Have you ever wondered how a hundred-year-old high heels would look today? ELLE Magazine shows...

The Disney and Marvel movie Black Panther made its premiere in Los Angeles. The event...

Rosie Huntington-Whiteley made her comeback to the fashion world after becoming a mother. She showed...