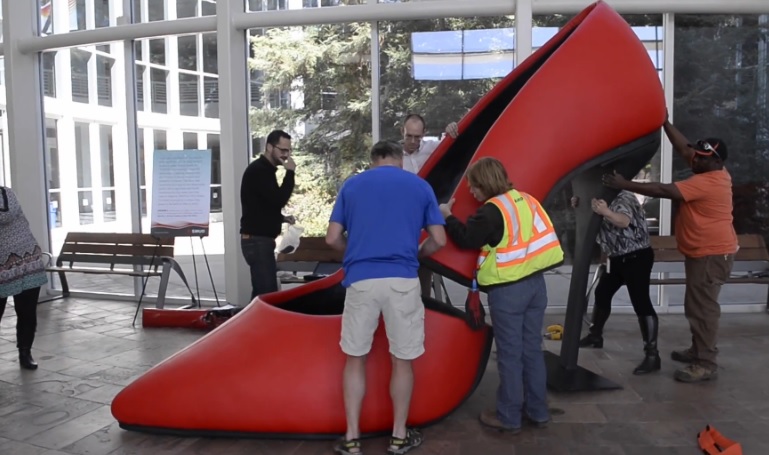 As any true fan of high heels will tell you, heels are more than just shoes. They are a form of art. WEAVE is going for both art and world records with its latest project.

WEAVE is the organizer of the Sacramento Walk a Mile event. This year it will try to set up a leat two new world records, The Sacramento Bee reports. The first record is going to be an attempt to gather at least 1000 men to walk the Capital Mall in high heels. The current world record is set in 2010 in Fort Wayne and it featured 967 men in high heels.

Currently there have been more than 650 men that have registrated to participate. Last year the total number of registrations was 658 with 575 actually walking. So things are looking good, as there is still time.

The main goal though is to raise awareness against domestic violence. So the more support the event gets, the better.

In order to get awareness for the event, which is on May 3rd 2015, WEAVE are going all out. Or sky high. They have unveiled a new giant red high heel that is going for the world record of biggest high heel ever. It is 9 feet tall and 10 feet long. This is 2.7 meters tall and 3 meters long. The black heel – standing as tall as many men – is secured to the shoe’s upper portion with 4-inch lag bolts “about the size of a standard heel,” explained Bryan Merica, the WEAVE board member who conceived the idea. The shoe’s fiberglass upper body is covered by red faux leather. The size of the shoe is 114.

The plan is to use the shoe as a movable conversation piece for both the event and the reason behind the event – the domestic violence. WEAVE are hoping to raise 250 000 dollars during the event. This is the fifth year of the event. Between 2004 and 2013, Sacramento County has averaged 6,101 calls for assistance. The reported incidents peaked in 2007 with 9,365 calls for assistance. Between 2007 and 2013, the number of reported incidents dropped 40 percent to 5,545, according to state Department of Justice data.

Selena Gomez is definitely turning up the heat over the past few weeks. She impressed... 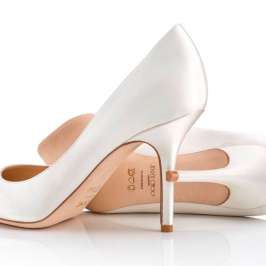 You can now make your wedding day even more special by rocking a pair of...

The battle continues. Bella Hadid and Olivia Culpo seem to be on quite the roll...