Some women are seriously addicted to high heels. There are several reasons why that might be happening. None of them are about the high heels as footwear.

There are different theories why women become addicted to shoes. According to famous shoe designer Christian Louboutin stilettos have a “direct effect on the libido”.

Louboutin says by putting a pair of high heels on, women put themselves “in a possibly orgasmic situation. There is an element of seduction in shoes that doesn’t exist for men. A woman can be sexy, charming, witty or shy with her shoes”, writes Louboutin in his book about being 20 years in the business.

But that’s the opinion of a man who makes high heels. So what would women, that actually are addicted to high heels say?

Victoria Beckham is proably the most famous high heel addict. She is always wearing high heels. Always. In an interview for GMTV she said she simply cant concentrate in flats.

“I could go to the gym if I wore flats, I’d love to go to the gym, but I just can’t get my head around the footwear”, she adds. The only time she wears low foot wear is at home, where she prefers flip flops.

In the mean time, a survey from 2012 says that a quarter of UK women are wearing heels that are four to six inches high. 3% are going beyond 6 inches.

A quiz by the Daily Record set out to find why women think they are addicted to high heels. The answers weren’t so profound as Louboutin’s theory though. They range in more down to Earth borders.

For example some women say they simply like the look of high heels and seriously dislike flat shoes. Other say they feel a lot more feminine in high heels. Some say they need the extra height to feel more comfortable and confident.

Sometimes their addiction goes beyond what’s reasonable though. A woman from Busby, near Glasgow for example says she buys up to six pairs a day. She estimates she has so far spent about 30 000 pounds in shoes. She knows that is a lot but she prefers to spend her money on shoes instead of something else.

Although it is not good to be wearing high heels all of the time and your feet do deserve a break from time to time, these ladies can’t even walk in flat shoes as they don’t feel comfortable.

Are you addicted to high heels? These ladies know they are. Do you? If you constantly look at high heels, seek and buy new pairs, feel excited when you even are around a pair of heels and spend big money on shoes, then you just might be a high heel addict.

Kylie Jenner seems to be back in the spotlight once again. This time with an... 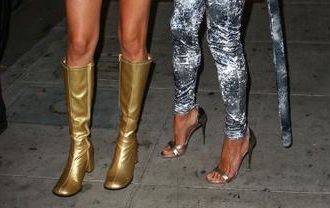 Every woman needs at least five different pairs of shoes. Most of them should be... 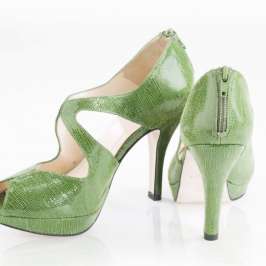 We are almost certain that you have at least once found a pair of stunning...

Shay Mitchell and Mary Elizabeth Winstead were among the many celebrities at the 2017 MTV... 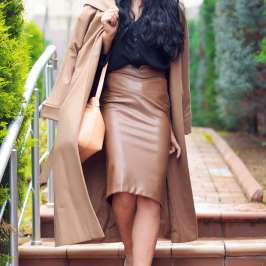 Millions of women wear high heels to work every day. This can be a challenge...