Zendaya is joining the celebrities with their own shoe lines. The actress and singer is focusing on high heels for her new line which she showed off.

Zendaya has given Footwear News a glimpse of her collection, but she has also taken a stroll out in one of her new pairs of high heels. The debut collection of Zendaya is titled Daya after her family nickname. It is set to launch in the stores in time for Spring 2016.

The collection is all about variety. You will be able to find almost any style you would want. There will be a few pointed-toe flats, too, but the main focus of Daya are the high heels. There will be stilettos, wedges, block heels, straps, fringe, you name it.

Daya will also be all about color. While most first-time collections focus on the three basic colors in fashion – black, white and gray/silver, Daya will have bright red, cobalt, fuschia and many other bright colors from the get go.

“I wanted shoes that were going to speak for themselves. If consumers didn’t know who the heck I was, which a lot of people don’t, they are still going to like the shoes. I don’t want people buying because they’re Zendaya shoes. They are for everyone”, she says to Footwear News. “One of her big platforms is telling girls that it’s okay to be tall and wear heels. It’s okay to be the tallest girl in the room,” said longtime stylist and design collaborator Law Roach. 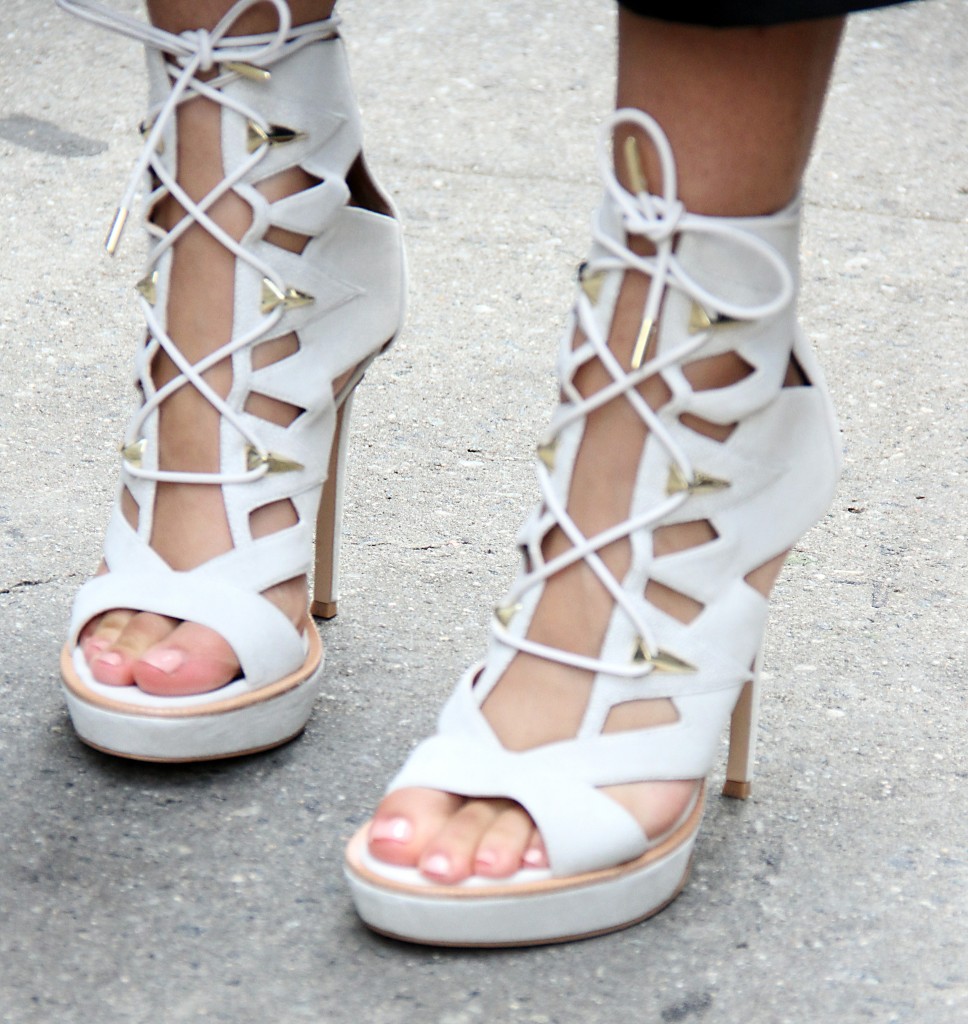 The shoes will be affordable. The most expensive style will be 225 dollars while most of them will be well below that price point.

“If you’re going to the airport, I’m not the lady to wear heels. I’m just not going to do it,” Zendaya says “If I’m going to an event, I wouldn’t be caught dead in flats. I love to be tall on red carpets”. Perhaps this gives the best explanation why there is so much variety in the shoe line.

Karrueche Tran looked superbly elegant and impressive going out and about in West Hollywood. She...

Adriana Lima has been quite busy during the New York Fashion Week. She wowed at...

Kendall and Kylie Jenner once again drew all the attention to themselves at a Lakers...

Over the past couple of years leather has gone so popular it is absolutely everywhere....

Movie premiers are always a great place to spot some amazing high heels. The premiere...